ECOLOGY, EVOLUTION AND THERAPEUTIC OF VIRULENCE AND RESISTANCE IN BACTERIA

Due to the considerable knowledge accumulated on Escherichia coli as a model organism and to its versatility causing a major public health concern, E. coli will be considered as a paradigm to study microbial adaptation in the medical context. The purpose of our research is to achieve a better understanding of the ecological, evolutionary and molecular parameters allowing the adaptation of natural isolates of the E. coli species to their various lifestyles, especially those involved in the emergence of virulence and antimicrobial resistance and to develop new original therapeutic approaches to fight this pathogen.

Our project is largely dedicated to the study of the commensal niche as we have proposed that extra-intestinal virulence is a by-product of commensalism and because it plays a major role in the emergence of resistance. We study both human and animal strains, as well as strains from the environment (soil and sediments), considering humans as part of a complex network in the frame of the “one health” concept. We are also working on specific pathologies because of their clinical importance, our field of expertise and, for some of them, because they are understudied (urinary tract infections, bacteraemia, ventilator-assisted pneumonia, neonatal meningitis and haemorrhagic colitis).

The problematic of our research comes from both clinical and public health backgrounds, the study material is made of numerous natural isolates from healthy subjects or patients, animals and the environment, which altogether fuel the originality of our research. We then apply population genetics, evolutionary and ecological as well as molecular approaches, leading to a cross fertilisation between researchers with medical background and researchers with a more basic science background. We are developing new therapeutic approaches, often with start-up companies. We have very strong interactions with the QEM (population genetics), BIPID (pharmacometry, statistics) and DeSCID (cost-effectiveness) teams of IAME, sharing several PhD students. We are associated to the Emerging Antibiotic Resistance Unit in Fribourg, Switzerland, which obtained with us the label “Laboratoire Européen Associé” from INSERM.

Our project is divided in three interconnected parts: (i) The interplay between commensalism, virulence and resistance. (ii) The ecological aspects of antibiotic resistance: from the individual cells to the microbiota. (iii) Testing alternative antimicrobial approaches, including phagotherapy.

The EVRest team at the annual meeting of IAME in the Paris Rive Gauche campus of the University of Paris, May 2019 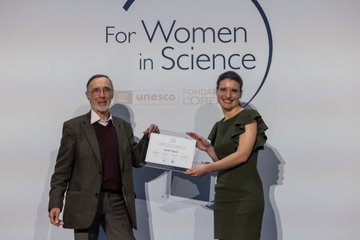